Legendary Thai black metal masters Surrender Of Divinity obviously went treasure hunting in their darkest and most secret cave, and found an old recording from the “MANIFEST BLASPHEMY” era back in 2005.

In a Facebook update today (2016-05-18) by the band´s axe grinder Whathayakorn Atipayak the world is informed that Surrender Of Divinity shared this little treasure from the vaults – a yet unreleased track entitled “HOLY INQUISITION”, a Protector cover. All you black metal sinners will most likely love this one. Since I´m not the biggest black metal fan in the world I can’t tell if this is top notch black metal, but I still appreciate all good, well written and passionate metal. You corpse painters will be the judges of that. Hope you like´ll it, listen to it and be careful of all nearby goats.
SOD is Thailands premier and most (in)famous black metal band, active since 1996 in the darker parts of Thailand. SOD was struck by horrible tragedy in 2014  when band’s bassist/vocalist Samong “Avaejee” Traisattha, aged 36, was stabbed to death in his own home in Bangkok by an alleged fan of the band. The perpetrator claimed in media that he killed the frontman of Surrender Of Divinity because he was ” tarnishing satanism” and that he didn’t event like the band. Another great musician taken away from us by a madman, so pointless and horrible. R.I.P.

The band is currently working to release a 12″ LP entitled “Manifest Blasphemy In Nagoya”, featuring the whole bloody show in Nagoya Japan in 2012, in dedication of their late blood brother Avaejee. You can get the album from the band´s label Incoffln Productions here. 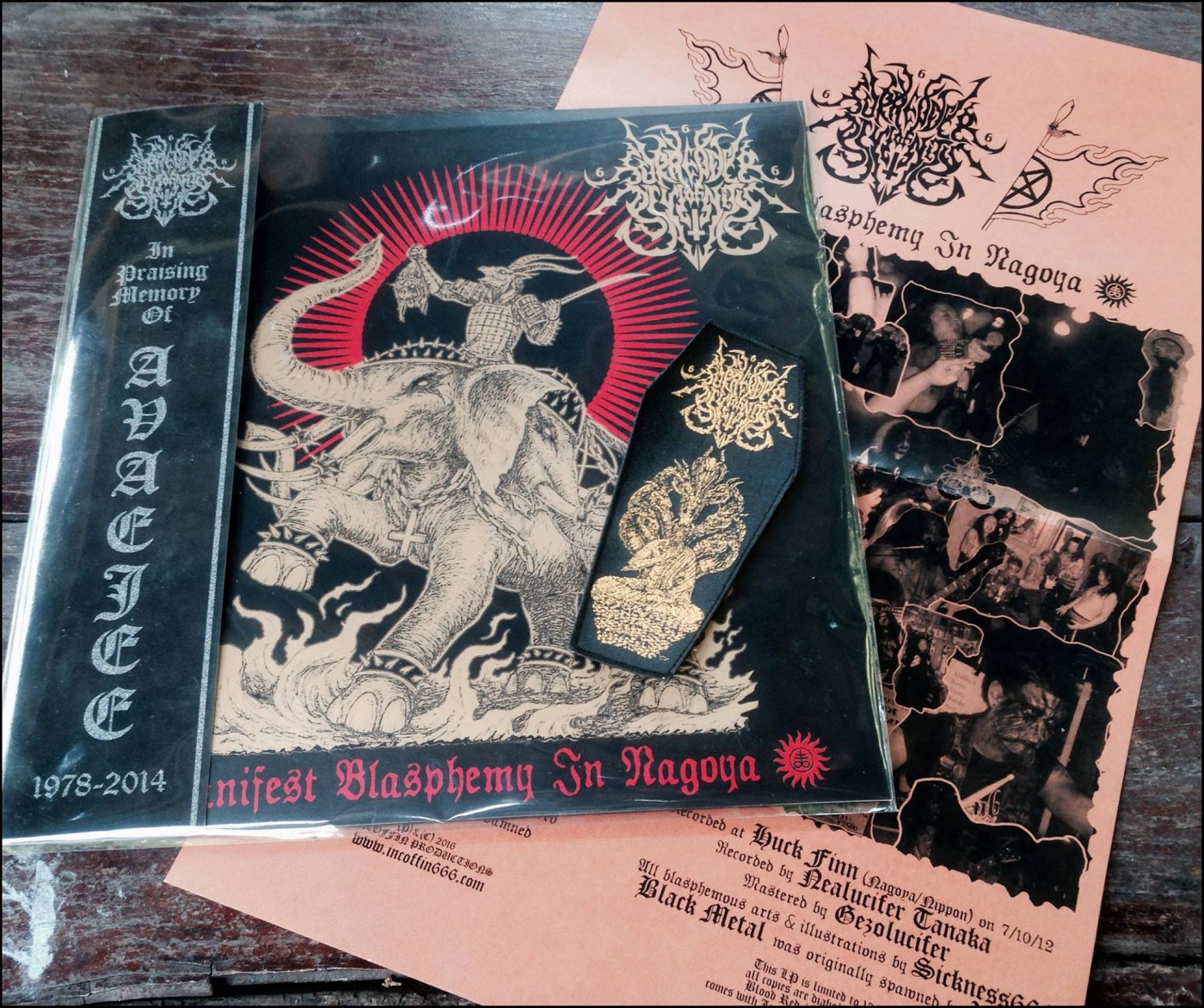 Strictly limited to 126 copies.
Probably out in 2 weeks.