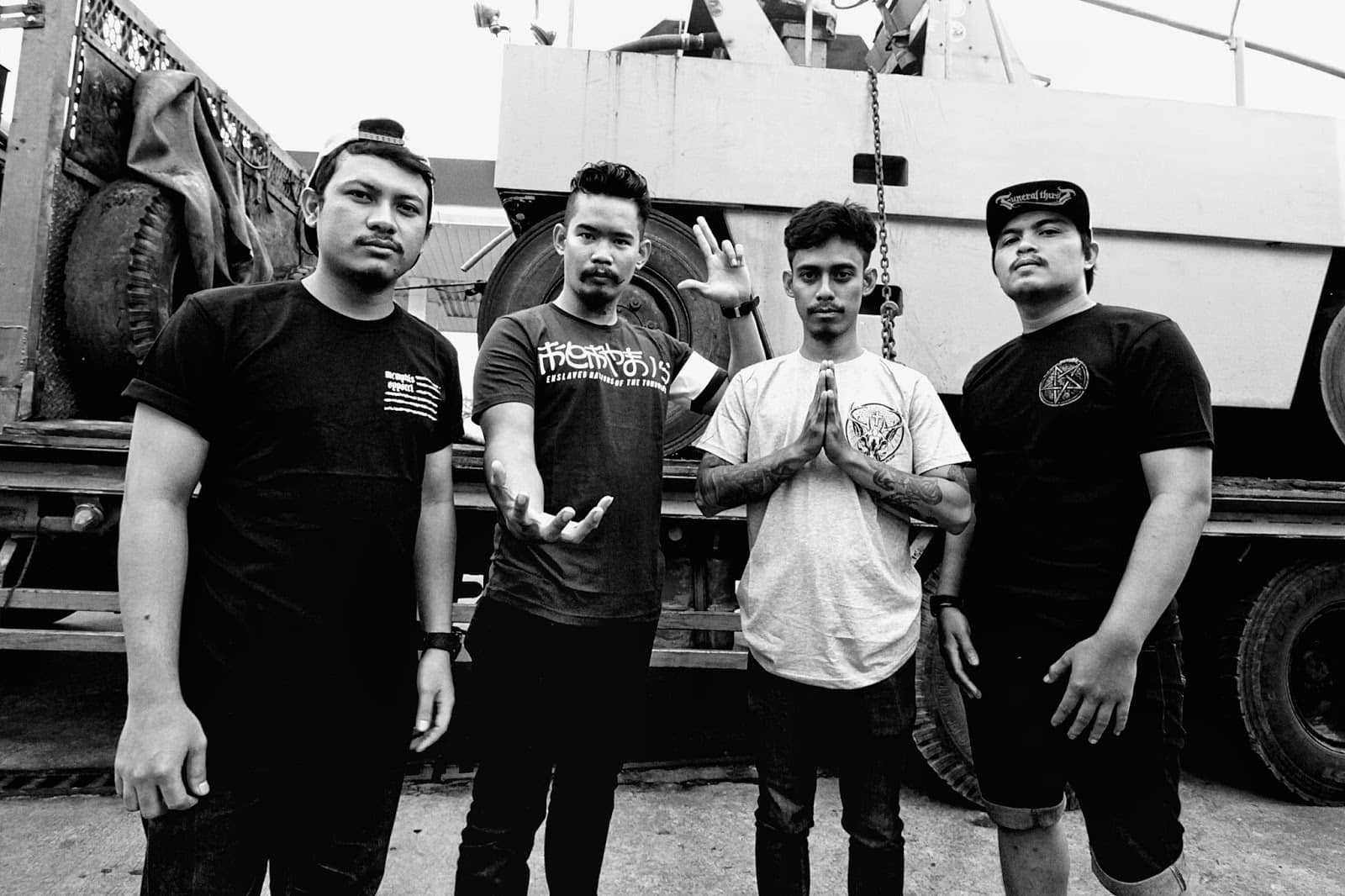 Indonesian Funeral Thirst just went moshing the shit out of Thailand and Bangkok for the first time! TMR is so happy to see bands in Southeast Asia tour the neighboring countries to better unite the scenes. So we had an email-chat with this upcoming metalcore band hailing from the city of Medan on Sumatra, just before they went on their voyage tour in Thailand.

How did you get this tour in Thailand? Did you get invited by the organizer or do you handle bookings on your own?

– We got the tour in Thailand personally, because we have some friends there and they also offered some good ideas how to play there. Because previously, they have played in Indonesia and we provided them with some venues, so we think this is the way of the underground. And we loved it!
Have you ever played in Thailand before?

– No, never,  this is our first opportunity to play out of the country of Indonesia and we will do well!
Previously we only did a few tours to the island of Java, since we come from Sumatra. And it was very enjoyable. 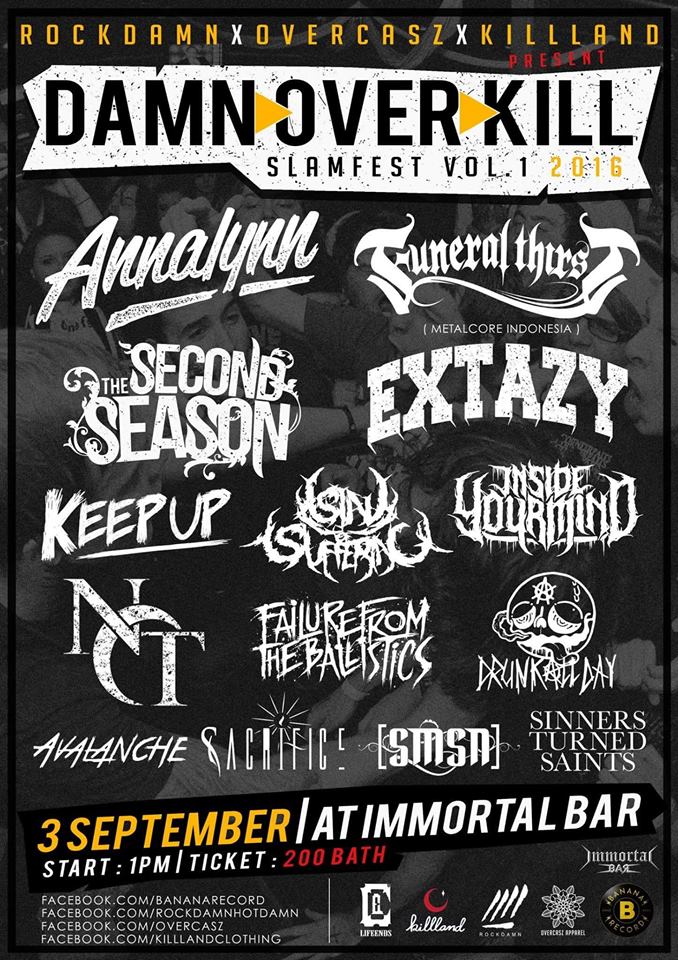 What do you know about the metal scenes in Thailand or about the bands that you will be playing with? Any favorite Thai metal bands?

– Thailand has a nice metal community! As well as Indonesia, Malaysia, Singapore, The Philippines and other countries here. But actually playing in Thailand is a feature in itself, Thailand is a great country with a great metal community that has lots of respect in the scenes. We will play with EXTAZY, THE SECOND SEASONS and Annalynn.  I like Annalynn with their style of playing and the concept of modern music. And I dig EXTAZY, they are also good!

Tell us about your expectations on your tour in Thailand?

– We hope to get new experiences for this band, and widen our base to play our music even more powerful. And to raise the name of Indonesia in the other countries of course. We also hope that this will lead Funeral Thirst to be able to play more frequently in other countries!
When you go to another country to represent Medan and Indonesia, how does that make you feel? Do you prepare anything extra special for the gigs?

– Carrying the name of your county and state is a burden that can instantly destroy you, if you make a mistake. So yeah we’re focused on that, but we don’t let it mess with our brains too much. Now we just focus on being totally dedicated to this, make sure we play as good as possible, to entertain the audience and also create a story in the form of video, that can be viewed by every person wherever they are.

– Once the tour in Thailand is finished we need to relax for a while, because we have to prepare for a new album in early 2017!

What do you want to say to your Thai fans before the tour?

– We will say, “Be aware and get ready! We will burn you all – Thailand here we come!”

And off they go, embarking on their first tour ever in Thailand, the first tour ever outside of their own country of Indonesia. Judging by the band´s dedication and spirit I´m totally convinced everything went great and they had a blast. Funeral Thirst performed twice in Bangkok, on Sept 3rd & 4th, alongside local bands like AnnaLynn, Extazy, SMS, The Second Season and many more killer bands.

TMR will make a follow-up interview with Funeral Thirst once they get back home and have relaxed for a while, can’t wait to hear what they experienced on the road to Bangkok from Medan! Until then, check out Funeral Thirst social media battlefields, this band deserves some afternoon moshpiting in your living room!