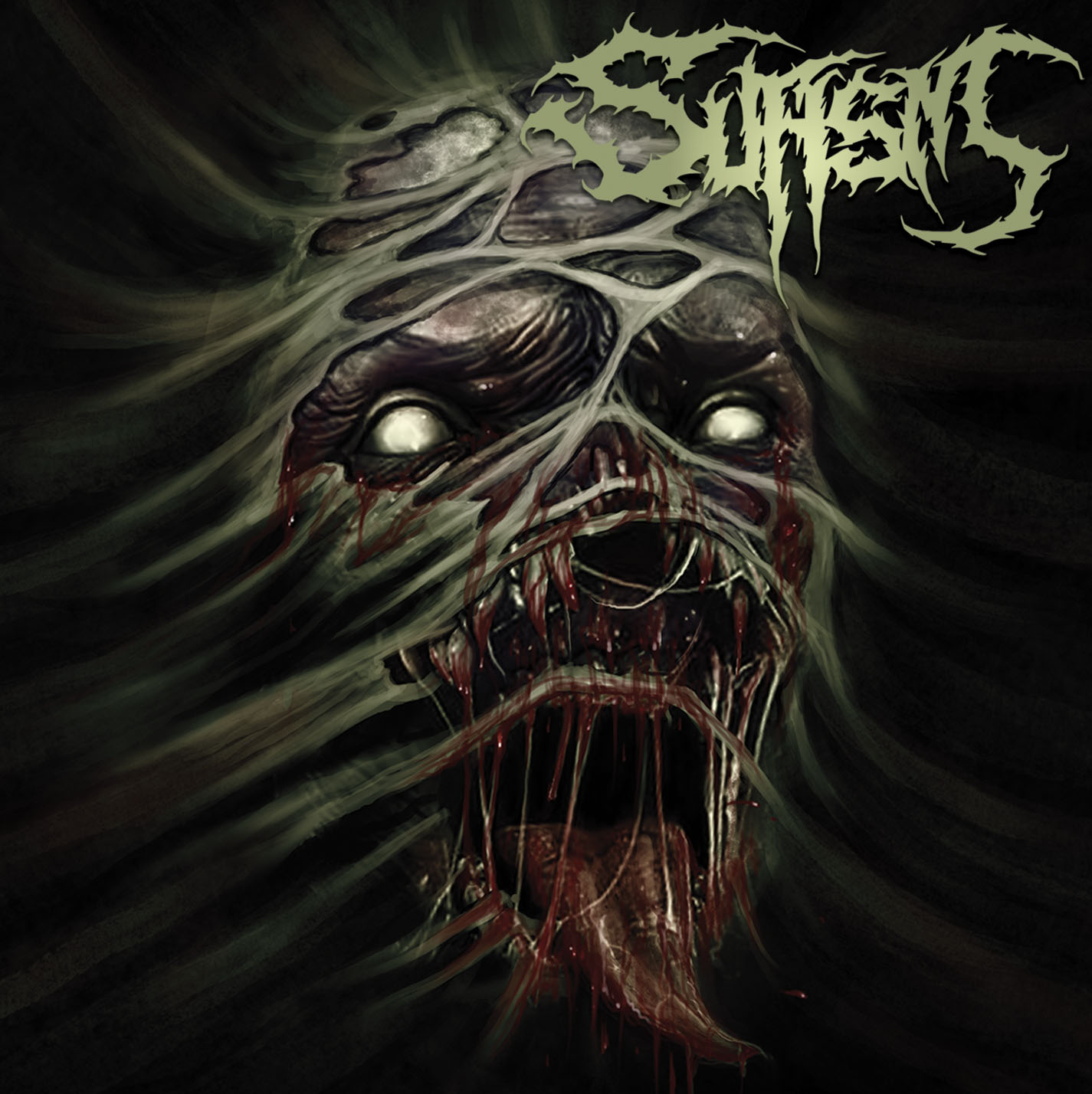 Bandung has more or less become synonymous with Indonesian brutal death metal, nurturing some of the country´s best bands in the genre. Sufism is further establishing that fact with their debut Reptilia Buas.

The band Sufism crawled out from their brutal death uterus in 2014, in the suburbs of Bandung called Cangkuang. Their Facebook info doesn’t reveal too much of their history or band members, but when you put together a debut EP of 5 totally ear-raping, neck-injuring and irresponsibly brutal tracks, then you´re forgiven.

Sufism´s debut consists of a 5-track EP entitled ” REPTILIA BUAS” ( sort of translates to REPTILES BLEEDS / BLEEDING REPTILE ) which came out in Oktober 5th 2015, released by the resurrected legendary Indonesian death metal label Rottrevore, as well as on Rottrevore US.
Which means that it only took this upcoming band a year or so to get their sh*t together and spend most of their time in the rehearsal studio, just hammering down those tunes into what would become a really nice debut EP. If someone that´s not a fan of brutal death would accidentally come into that rehearsal studio during Sufism practice – they would most likely die standing up from the wall of intense riffing and blasting, or at least get some severe post traumatic shock, thats how fkn brutal this album is.

If that person instead were to be a huge fan of brutal death metal, like myself, he or she would have the luxury of enjoying one of the best produced bands coming from the brutal death scene in Bandung in a long time. And that does not in any way mean that the other bands are not well produced, it simply means that Sufism´s Reptilia Bua is really, really REALLY well produced – this could very well be a release from any of the major international metal labels, both in terms of audio quality and the top level recording as well as the band it self.

Ok, enough of the bulls*it, let´s get down to business.

The self-titled opening track “Reptilia Buas” hits you in the face like the an ear infection after swimming in Kuta beach on Bali, there´s no way to get away -it grabs you by the throat and won’t let go. I will not use all the standard review cliches like insane riffing, machine gun drumming, war-like blasting and tremolo picking madness, evil and battlefield like growlings bla bla bla – but I guess I just did. I need them to describe the talent of the band members Ari (drums), Sandy (guitar), Iman (bass) and Nanang on vocals.

To be more detailed and informative so people who are not musicians perhaps can understand, it´s just plain crazy insane. The song is epileptic fast and all super tight, the tempo changes and superb back-and-forth-you-play-faster-while-I-play-slower kind of teamwork between the musicians, really gives the song a fresh dynamic and it never gets flatline-super-fast-boring. The awesome growling vocals are very clear and in your face, overlying the instruments perfectly, really standing out and becoming the instrument it´s supposed to be.

Reptilia Buas has the headbanging friendly Dying Fetus ultra heavy groove and the sick fast and complex Jasad tempo. Me like.

The second track “Singgasana Dosa” tips me over the edge that the opening track lead me towards. Now I´m free falling down into the wonderful abyss of world class brutal death metal. The melody is actually quite catchy and gets the head moving with a content smile on my face, until the slower part with once again ultra heavy, groovy riffing and beat makes me wanna circle pit in my home. I mean really throw chairs around, that kind of circle pit. But just when I`m about to grab the nearest chair Sufism attacks me with the latter part of the song and I´m sucked into the spastic blasting once again. Shit, its only the second track and I need a rest.

But Sufism is not here to give me or any of you a rest, resting is for pussies right? “Detoriaration” pushes this 5-track masterpiece forward in the same direction as the 2 first tracks, but Sufism still manages to keep the tracks separated and each with their own characteristics – and that´s an achievement in this genre, especially for a debut EP. Halfway into the album the track Detoriaration shakes and twists like a dying reptile, before ending with a majestic breakdown, sucking out the last blood from this evil creature.

Somehow the evil creature comes back alive in the 4th track “Genderang Perang”, and it hasn’t slowed down a bit. In fact this song is the only one on Reptilia Buas without any slower parts, it´s like the reptile enters the final death twitching part and just can’t stop the spasms. “Genderang Perang” is equally brutal and super tight as the one´s before it, but it´s a bit more flatline and not so dynamic as the other tracks. But thats my own personal opinon and I´m a big fan of dynamics when it comes to brutal death, but if you on the other hand thinks that´s bullcrap and salutes flatline slamming blasting throughout a song, this one´s the best for you on the album.
Since the song is 2.49 minutes short, I wish Sufism would not waste 23 seconds on the doomy intro and 18 seconds on the same kind of outro. But on the other hand it gives the listener a well deserved break between songs, and it also adds an evil atmosphere that makes me think of snakes and bats in a dark cave. So it´s nothing to complain about. Snakes and bats in evil caves is kind of metal.

This feeling of evil caves with creatures from hell continues in another doomy intro to Reptilia Bua´s final track, entitled “Dursila”. Only this time it´s not me in that cave, it´s obviously a woman thats screams of fear 22 seconds into the intro. Maybe she spotted me in there, in fetal position way in the back.
Anyway, someone gave the dying reptile a huge shot of adrenaline and it´s back more energetic and fierce than before. In “Dursila” Sufism showcases everything that I loved in the 4 first tracks of Reptilia Buas – the very creative and impressive super groovy Dying Fetus-ish tempo changes – so heavy and in your face they could make paralyzed people walk again, the absolutely sick drumming with really subliminal details that makes a huge difference in the big picture. And of course the vocals are nothing less than stunning, the vocalist Nanang will most likely become one of Indonesia´s most talented brutal death metal growlers.
“Dursila” ends with one of the most groovy and aggressive parts on this 5-track masterpiece and it leaves you wanting more. The only negative thing about Reptilia Buas is that it´s too short, I want more NOW!
The average song is about 2.40 with the longest one clocking in at 3.47 (Dursila). That´s not a bad thing so I hope that Sufism´s next album will be just as good but with more songs.

One problem on many brutal death recordings is the poor balance between the growling and vocals and the actual instruments. But Sufism´s Reptilia Buas is one of the best produced brutal death metal albums I´ve heard, coming from Indonesia – this recording is on par with the likes of Jasad´s latest album Rebirth Of Jatisunda and has international world class standard.

Get your copy of Reptilia Buas HERE! 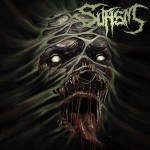