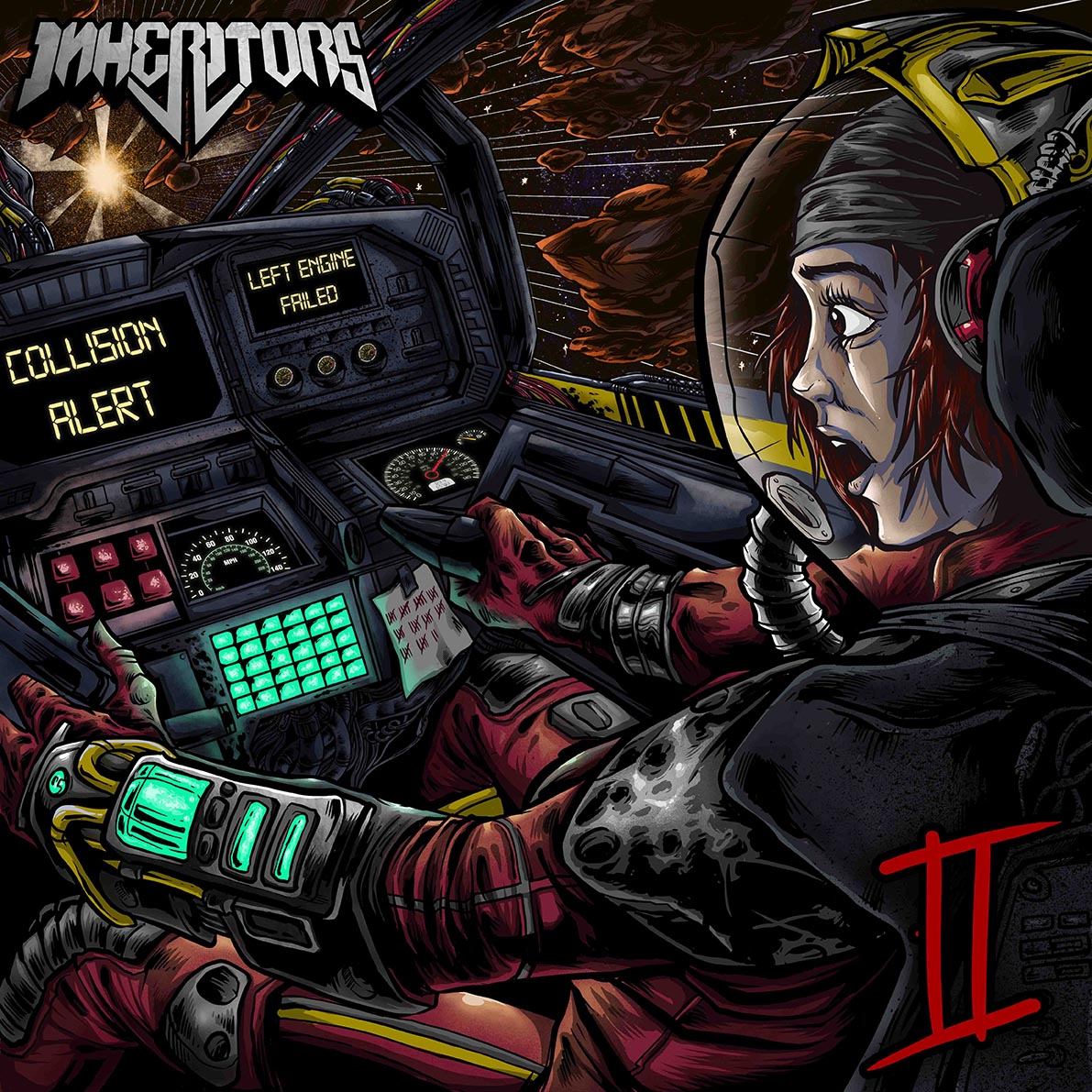 Indonesian thrash flame bearers Inheritors consists of a bunch of youngsters that likes to keep things simple. Their first PROMO EP in 2014 was called Inheritors. Their follow up and first full-length album is called Inheritors II. Why complicate things?

At the time of the first promo they were deep into horror movies so they gave the EP a horror-movie theme, with tracks like “Chainsaw Massacre”, “Killer Klowns” and ” Zombie Squad”. And today by the release of the new album which is their first full-length – even though I´m not entirely sure a 5-track album including one cover counts as an actual full-length – this time around the band is knee-deep into science-fiction and space-themed movies. So, clearly, the new work is a space-odyssey themed concept album. Why complicate things?
Even though the production of the first Promo EP was pretty raw and unpolished you could hear that this band was onto something, I remember wishing that they would keep on playing and mature to find their own way, this was some pretty cool punk-driven thrash.
And Inheritors surely did spend lots of time in the rehearsing studio – and most likely just as much infront of the TV – because their new album is a huge step forward both in terms of production and recording quality, but first and foremost Inheritors sound like a real thrash band, keeping the 80´s flame alive.

The space-odyssey kicks off with a message from the captain onboard the spaceship, welcoming us to Inheritors II – an interstellar voyage carrying the last of humanity out to space, abandoning our dear Earth that has been too fucked up by global warming, war and other nasty shit. Our mission is to find a habitable planet to start all over again. Right after takeoff the captain presses PLAY on the massive sound system – I love this spaceship, they have super kickass 80´s thrash metal in the lounge!

The first track Gravity really sets the mood for the rest of the album, this is full on 80`s thrash metal in the style of all the Big 4 Gods of Thrash – Metallica, Megadeth, Anthrax and Slayer. Less Slayer and more Megadeth to be honest, more of Anthrax and the “fun-thrash” but also a dash of Pantera, for the sake of heavy and groove.
The faster parts of this song is a bit reminiscent of Kill Em All´s super fast riffing and soloing. A big payoff is to actually read the song´s lyrics, this really is a theme concept album and the band made a big effort creating a symbiosis between the lyrics and music.

The first track Gravity ends in a super fast part with the vocalist screaming ” We´re under attack, our spaceship collapsed, superior race – aiming the fire, ignite the war – kill those motherfuckers!”.  Then we thrash, sorry – crash,  in outer space.

Sounds of collisions and destruction opens the 2nd track Arachnids, and our captain on Inheritors II tries to contact the Mothership, sending out an SOS about having crashed on an unknown planet, all the crew are wounded and that we must explore the situation – this might be the last hope to save the entire human race. Then they fight back all aliens with more evil thrash metal, Arachnids opens with blasting drums and full riff attack – this track mixes ferocious riffing and tempo changes with solos, headbanging deluxe sections and Hardcore singalong chorus. Sounds like the aliens dies in the end, not sure.

The 3rd track Nemesis opens with a nice clean guitar melody, setting an eery and sad mood while we´re standing on a windy field on an unknown hostile planet. Nemesis is the album´s ballad, some might say it´s crazy making a debut thrash metal album with only 5 tracks – 4 original by the band – and feature a ballad instead of going full thrash ahead. But since it´s a serious concept album taking us on a voyage in space it´s actually a super smart and brave move by Inheritors. Yes I would prefer more tracks to headbang my neck off to, but this track acts as a cinematic break in the thrash mayhem of the previous songs. It enhances the feeling that we just left Earth, went into space and then crashed on a planet where pissed off aliens tried to fight us off. The lyrics deals with giving up and dying alone, with fear being your worst nemesis, ending with a newfound fighting spirit and moving forward. You have to read the lyrics to get the full space-voyage feeling. So do it.

The last original track by the band on this album, Void, starts with a cinematic piano intro, escalated into an epic “shit-I-just-almost-died”-feeling when the band kicks in on all instruments. ” Where are you God, I´m lost in this Void” echoes repeatedly over the dark planet. The piano really adds a sad ambient, moody feeling until about halfway into the track, then a surprising metalcore passage rips through everything. It´s like the album´s space travelers found some intergalactic super freaky steroids lying around, and then all of a sudden went on a mental killing spree.
Void shifts quickly between thrash, metalcore/deathcore and a more punky take on thrash, and even a bit indie-rock for a brief moment, but mostly it stays true to the genre. This song feels a bit schizo at times, but you can look at it as the last scene in this interstellar action packed adventure, with fast jump-cuts and intense flickering scenes as the space crew fights´s last battle.

The last track on Inheritors II is a cover of “A Tout Le Monde” by the band´s idols Megadeth, it´s a nice tribute to one of the Godfathers of this genre. The vocalist´s rasping punk/thrash voice fits kinda good to Mustaine´s lyrics.
The question whether or not the human race survives in outer space is something you must find out for your self, this album is worth buying not only for the awesome thrash metal, but also because it´s a very serious and smart production by a young, passionate upcoming metal band that deserves credit for their hard work.

SUMMARY
Inheritors II is not groundbreaking nor does it reinvent the thrash-wheel, but it´s a very well produced album with a super cool concept and artwork. It´s kickass thrash metal that every ammunition-belt, patched up jeans-jacket wearing headbanging maniacs will surely love. This odyssey in outer Thrash metal space is worth joining, get your tickets to the spaceship Inheritors II now and thrash away in space. 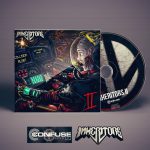