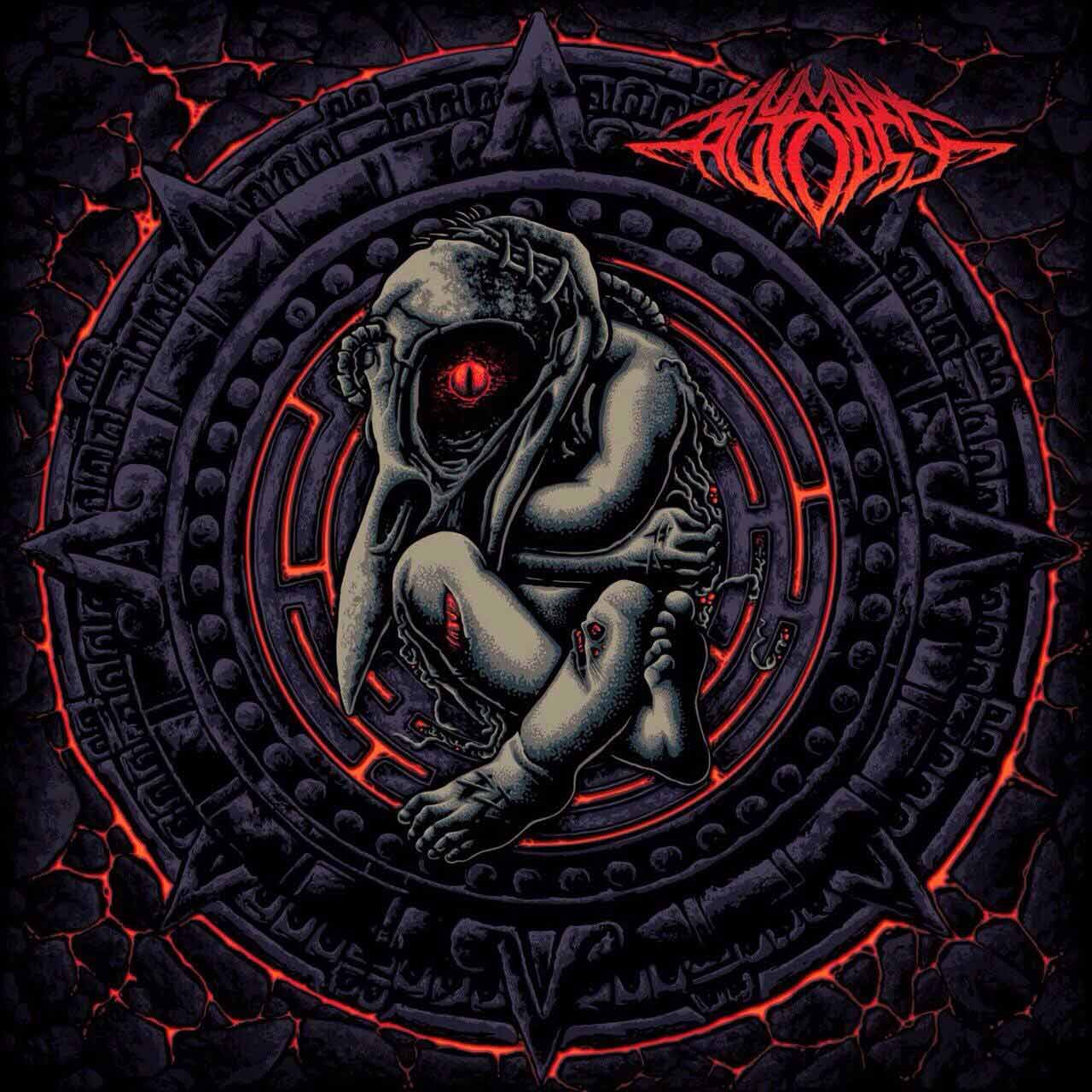 If you don’t know much about the metalscenes in Asia, you´d never believe Human Autopsy is from Bali. One of Southeast Asia´s most famous tourism destination, known for it´s beaches, temples and scenic environments. The beauty of Bali is such a big contrast to this skull crushing and unearthly brutal beast of an album. Ruincarnation might very well be one of the Top 5 best albums coming from Indonesia in 2016.

When you visit Bali as a Western tourist, it´s as if the locals never seem to stop smiling and its very easy to fall in love with this little island. Bla bla bla and all the other typical standard tourism commercial stuff you get at the traveling agency. Yes, this island IS one of my favorite destinations in Asia and I absolutely love it (just staying the hell away from Kuta) and I think the local people and culture is amazing.
But, this island is also home to one of the most vital and brutal underground metal scenes in Indonesia and Asia, and that should be put in every information sheet, brochure and tourism info about Bali.

Maybe the brutality that many bands from Bali has inside of them is in the Bali DNA? The local ancient music of Gamelan is the Meshuggah of traditional music, it´s pure hammers and percussion djent mayhem. On Bali New Year´s Eve, called Nyepi, they shut down the entire island and every neighborhood makes their own terrifying demonic statue, parading down the streets making as much noise as possible, in an attempt to exorcist the shit out of all evil demons living on Bali. After that everyone must shut the hell up for 24 hours so every remaining demon thinks everyone has left so they might just as well do the same.
The local beliefs are full of angry demons, evil spirits, bad witches, ritual dances where people fall in trance and connects with the spiritual world. It´s amazing and violent at the same time. Just like the metal music that this island produces.

So, it´s not a surprise that Balinese metal is evil and brutal as shit. Human Autopsy is a Balinese deathcore band that pulled of the trick of blowing my mind from the first few seconds. Their debut album is an assault on the metal world – ”Ruincarnation” – a death core masterpiece. I´m not sure if the vocalist is perhaps possessed by a leftover demon. Judging by his growls it´s a pretty fair chance.

Human Autopsy´s Facebook page informs me that they wish to conduct an autopsy of the listeners ears and mind, by hammering in the message that one should not destroy everything, or make an already bad thing even worse. The songs deal with social injustices and conflicts, the bad effects of globalization and modernization and also a dash of broken hearts – a subject as old as the ancient mountains on Bali. Human Autopsy wants to educate their audience by screaming their message from the top of their lungs.

After about 5 seconds into the first track Meringis Bengis it´s pretty clear that this band doesn’t fuck around. The combined hell of every pissed off demon and child eating witch breaks loose into a 7-stringed super intense mayhem, and never quite ends until the last tone on the 11th track of Ruincarnation. What hits me first, except for the flawless production, is the voice of Trie, the band´s vocalist. He´s probably one of the Top 3 most brutal and interesting growling vocalists in Indonesia today, his voice is amazingly multi-layered and dynamic.

This statement that I´m about to make can probably be sensitive and bold to the Indonesian metal scenes, but Trie has the same kind of frustrated, sad and furious edge to his voice as Ivan Scumbag, late vocalist of Indonesian Burgerkill – but with a completely different deathcore attack – it´s like being hunted down the alleys of Bali at night by a shouting demon on steroids.

Meringis Bengis sets the mood for the rest of the album, Human Autopsy attacks from all flanks  without any consideration of taking prisoners – its kill or be killed deathcore at it´s finest.

Reincarnation doesn´t reinvent the deathcore wheel, nor is it a new, refreshing take on the genre – it´s very clear that Whitechapel, Suicide Silence, Meshuggah, and Job For a Cowboy among others are the biggest influences, and I´d say mostly Whitechapel. But that´s not a problem at all, because Human Autopsy are doing it so f*king good that I don’t care if it´s like the Whitechapel of Bali or whatever – it´s more of a proof that it doesn’t matter where you come from – if you´re great you´re great. They mix their influences into something that actually doesn´t sound like ONE of their idol bands, it sounds like they threw the best parts into a mixer and poured the slush down into the glass that is Human Autopsy. But actually more insane, and I can’t emphasize enough how much the vocalist does for the band´s own personal touch. It´s sick.
If Human Autopsy and many more bands from Southeast Asia and Asia weren’t so geographically disadvantaged they could easily tour head to head with any of the Western bands in their respective genre.

I´m writing this review on a train from Stockholm to Malmö in Sweden, sitting all cramped up and hungover in a small coupe with what appears to be non-metal people. I don’t even realize that I’m getting stared at by one of the passengers when I´m sitting with my laptop in my lap, headbanging slowly back and forth to the mentally deranged epic groove of  “Fragmentari Para Ular“.

I have a goofy ear-to-ear smile and I just cant help it – this is so amazingly therapeutic heavy and tight that I just wanna circlepit on the train.

The 3rd track “Undirected” is actually a little doodle of Balinese Gamelan, adding a very nice Balinese flavor to the deathcore onslaught. In fact this local instrumental part makes me wonder why Human Autopsy doesn’t incorporate the traditional Gamelan more into the songs somehow, adding the djenty progressive craziness of this local percussive metallic instruments. For sure it would make the band very exotic in the Western metalhead´s ears. As far as I know, only one band from Bali has implemented Gamelan structures into their metal music, the locally legendary Eternal Madness. And even though they never got picked up by any Western label as a direct result from their ”Gamelan metal”, it sure as hell made their music incredibly complex and unique.

Anyway, I´m not saying that all Bali bands should play Gamelan in their metal, just saying it could be cool to give their music a local touch. I talked to a friend in the Bali metalscenes, Didot from Born By Mistake about this subject back in 2008, and he told us that they simply get bored of their traditional music since they hear it everywhere on Bali every goddamn day. So they simply wanna play metal with their bands, and don’t mix the two. That´s fair enough.

“Conspiracy Machine” picks up the pace again and grabs you by the neck, throwing you right back into the mix of bitchslapping blast beats, super tight starts and stops, classic deathcore riffs and twists. It really feels like the vocalist is standing 5 cm from your face, screaming like a crazy person so you cant keep your eyes open. It´s like listening to tape recordings from real life exorcisms. The re-appearing Meshuggah-ish soloing ads a nice eery ambient and makes the slower, ultra heavy closing part a given concert moshpit favorite.

“Evil Wears Many Faces” and “Wrath” are both equally great as the previous tracks, both complete with everything you would love from Job For A Cowboy on steroids, the violence from Suicide Silence´s first 2 albums and Decapitated´s blazingly fast and sharp riffing. The vocalist screams, growls, spits and pukes his way through the walls of multi-layered riffing, ambient melodies and pissed-off drumming. The whole band is like a freight-train storming down without any way of slowing down. On “Wrath” the vocalist Coxsicborn of Bali partners in crime Born By Mistake joins in and takes everything to the next level – now you have to maniacs growling the shit out of their lungs. Once again the groove just makes me wanna clench my fist and lose it. I feel abused and severely beaten up. Thanks.

The band´s only single from “Ruincarnation” so far is “Dioxide Of Modernization“, a track that makes me feel like I´m standing in a MMA-ring and am about to fight the fight of my life. It´s slowly building up the adrenaline and an “imgonnatearyouapart”-feeling, jumping on my feet like a boxer. The faster part about halfway into the song is probably the craziest on the album, don’t know the blast-beat technique but let´s just call it mental. The slow Meshuggah-ish solo is my cue that I should probably leave the ring, I got knocked the hell down, with yet undiscovered birds circling my head. But then the climaxing breakdown part gets me back on my feet and I go full force forward for my revenge.

The twisting and turning “Agresi Mutant” brings forward the double-bass pedals, this monster quickly shifts between super fast and painfully slow drumming, closing the song with rhythmics that no-one can stand still to. “Konvoi Para Gagak” starts off with a fast-paced, kind of punky “join-the-skinhead-party-ring”-stomp beat, the heavy main riff is apparent in various nuances throughout the song´s dynamic twists and turns. I´m very impressed that Human Autopsy 9 songs into this deathcore onslaught manages to hit me with a song that sounds nothing like the first 8 – but still sounds exactly like Human Autopsy.

Speaking of riffs, “Golden Era of Hades” opening riff is brutally massive and flows like Black Dahlia Murder, this songs is actually more reminiscent of that kind of black/death/grind than deathcore.
The title track “Ruincarnation” is a showreel of the band, everything that they threw at me in the previous tracks is pressed into a clenched fist going for my face. Deathcore, death metal, black/death/grind – it´s all in the mix.
The closing song on this masterpiece debut album “Repertoire” is a wonderful instrumental track, a well-deserved break from the severe beating that I´ve put my self through the past 45 minutes. Nicely arranged harmonies, no distortion or violence – just …. breathing. 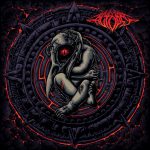