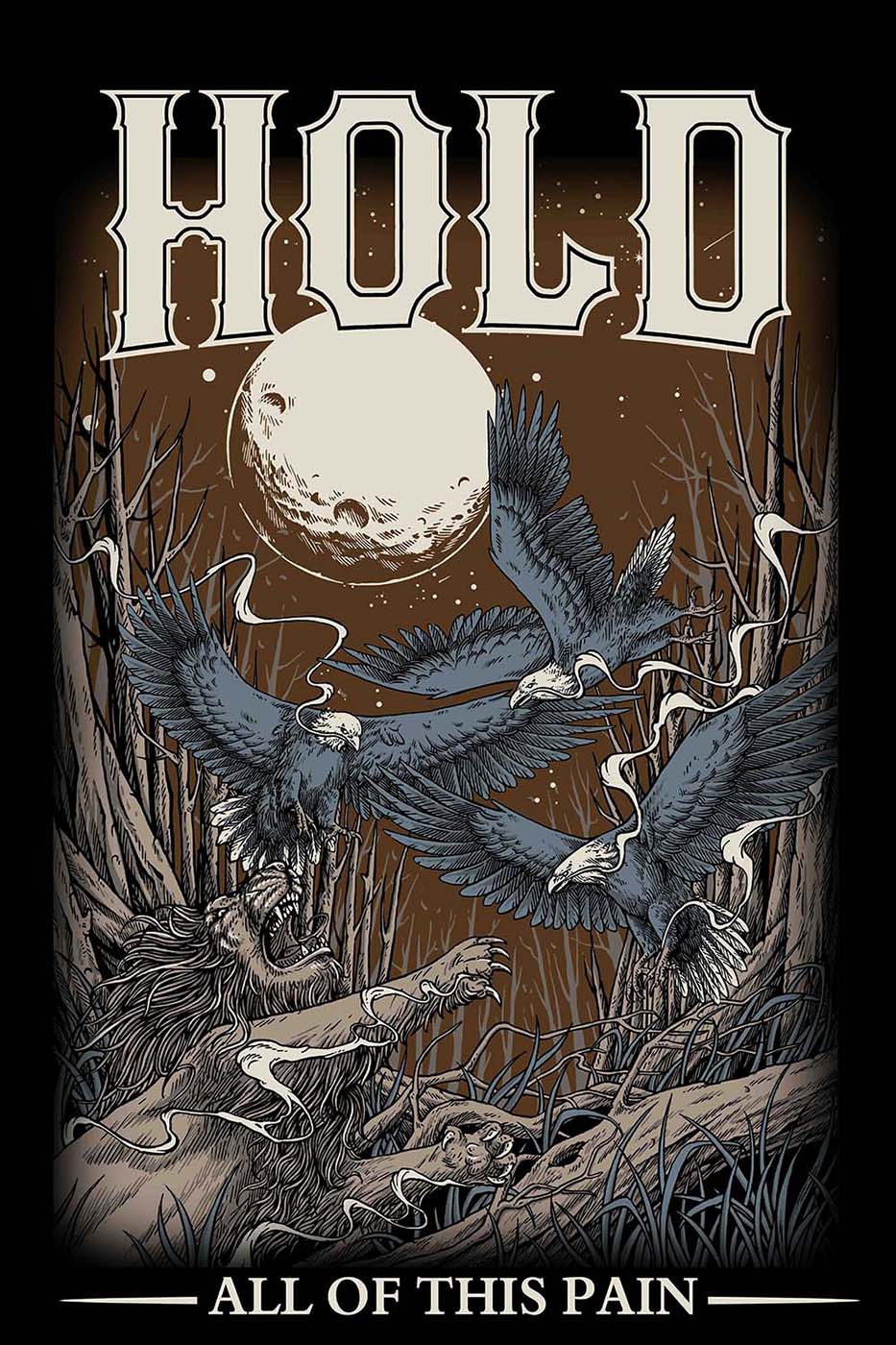 REVIEW: HOLD – ALL OF THIS PAIN

HOLD throws more gasoline on the fire of which Indonesian city should be the capitol of hardcore. With their debut album “ALL OF THIS PAIN” Hold  pushes their hometown of Surabaya further into the frontlines.

Surabaya – located on East Java in Indonesia, has a vibrant and intense hardcore scene. The city has their own hardcore festival “BROTHERGROUND”, packed with kickass local bands like Fraud, Hold, Full Frontal, Devadata, Crucial Conflict, Hate of Pain, Stab in The Heart, Pollar 13 among many others. This City Of Heroes´ hardcore scene is booming and a strong competitor in the race of being The Hardcore City of Indonesia.

The City Of Heroes is a name Surabaya got from when the Indonesian resistance fiercely fought the invading British troops in 1945. The Battle of Surabaya was the heaviest and bloodiest battle in the war of independence against the Dutch and British troops. Even though the Indonesian militia lost that specific battle, their heroic courage and fighting led to the Indonesian Independence in 1949.
The strong youth movement in Surabaya played a very important role in the resistance, and thanks to their sacrifice today´s youth of Surabaya doesn’t have to fight with bullets. Instead they can use the power of music to refuse and resist whatever they stand against. The new keepers of the faith.

HOLD is a 5-piece unit on the rise in the Surabaya Hardcore scene and they just unleashed their debut album entitled “ALL OF THIS PAIN”. The album features 8 riot-friendly tracks plus one intro, building up the right “now it´s time to fucking riot-feeling” before the albums shoots off into the windmill-moshpit frenzy.

“FAR AWAY FROM HOME” is a great opener, with a classic straight fast hardcore-punk beat over pissed-off shouting vocals. The chorus is slowed down and super heavy in old-school gang-shout vocal style. Track two “THE OTHER WAYS” keeps the tempo up but still manages to be pretty dynamic and is nicely arranged.

HOLD plays a pretty stripped down and no fancy pants hardcore, there are no “cool” samplings or special effects. Just in your face hardcore with a strong bond to the old school feel. HOLD still has a secret affair behind hardcore´s back with elements of metal and new-school hardcore. But it´s much more dirty Madball and Terror than polished Hatebreed and that kind of new wave of american hardcore. Me like.

You can hear touches of various bands like Sick Of It All, Guns Up!, Agnostic Front and all the before mentioned legendary hardcore acts. HOLD´s vocal style is probably closer to Terror than Madball, and the vocalist stands out most in the band.

The second half of the heavy third track “I GOT NOTHING TO HIDE” will most likely ignite any hardcore crowd into an unhealthy violent moshpit-mode, screaming their lungs out to the closing gang-shouts.

“FOR THE BEST FRIENDS” is a little slow-tempo oasis half way through the album, with heavy crunchy riffs hammering down the verses. It´s far away from the super fast 1.40 minutes long “BURN YOUR PASSION” that sets off right after, an awesome live hardcore anthem.

“TEARS AND HOPES” slows things down once again and this song is the closest HOLD ever comes to Hatebreed. And it´s actually not very close at all, it´s just the overall feeling of the song that reminds me of the slower and heavy hardcore-metal style of Hatebreed. Double bass drumming, looking angry and having your cap backwards-atmosphere. The vocalist does a great job throughout the album and really sets the album apart from many newcomers with weaker vocals.

Closing track “THE FATE” shoots off with tight and fast drums, running the album over the finishing line in this hardcore marathon. In fact, the opening drum patterns are flirting with Jasad´s “Siliwangi”, only shorter and less fast.
I noticed another thing, the opening riff in this song is very similar to the main riff in the first track “FAR AWAY FROM HOME”. It has it´s differences and do work as separate songs, but it gives the feeling that the band kind of ran out of ideas for cool opening riffs. But what the hell, not everyone can be James Hetfield.

The song itself is as good as any of the previous eight tracks and keeps the same style of fast paced drumming, heavy and crunchy riffing, dynamic tempo changes and gang-shouting vocals. If you´re into that hardcore then go get this album now. 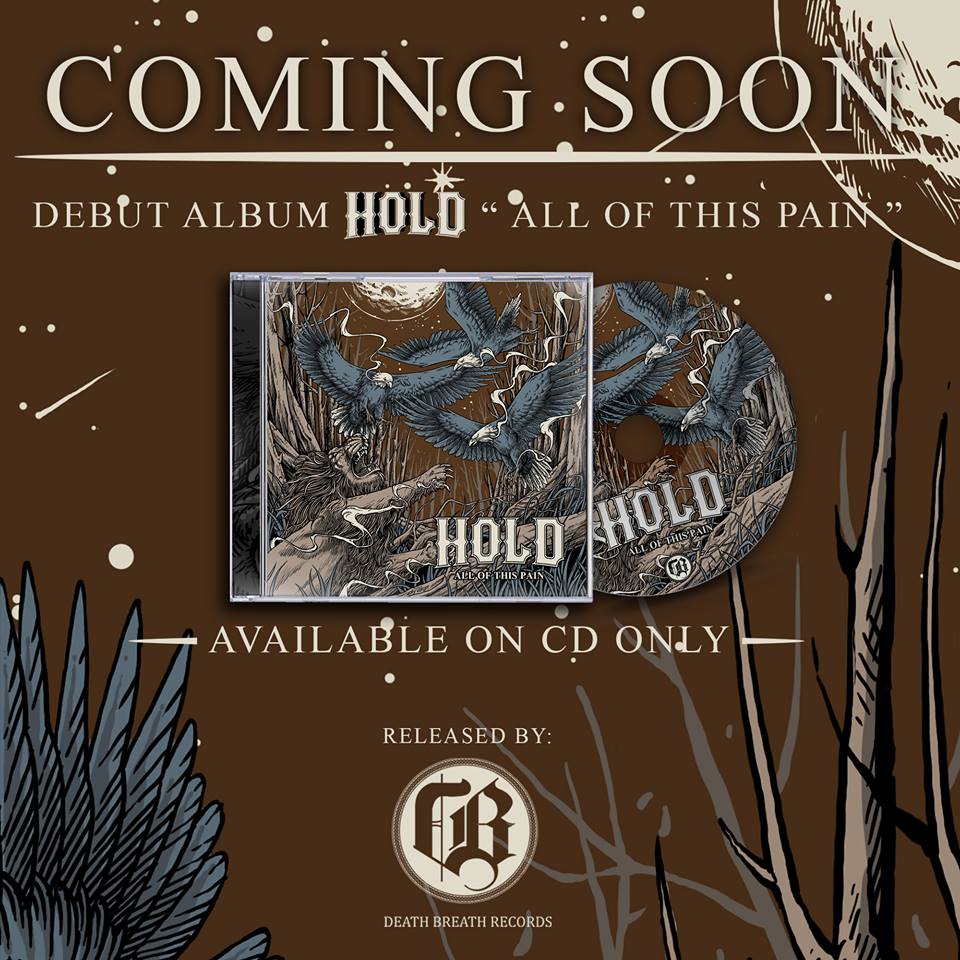 All in all, “ALL OF THIS PAIN” is a decent debut album by a band that stick tight to their style. They don’t re-invent any wheels or copy their idols too much, it´s just straight-up good hardcore from the heart. Not always the hard way is the right way, many newcomers complicates things by trying to be great by playing as technical as possible. Or jumping on the bandwagon of what´s trendy today. HOLD does not complicate things, instead they play from their hearts and they do it very good.

The band is blessed to be active in such a vibrant scene as Surabaya, with so many great hardcore bands to be inspired and guided by. If HOLD stays on this path and keeps evolving and never give up, I´m sure they will be in the frontlines of both the Surabaya and Indonesian hardcore scenes in the future.

HOLD “ALL OF THIS PAIN” IS OUT NOW VIA DEATH BREATH RECORDS, FOR INFO ON HOW TO GET YOUR COPY GO TO THE BAND´S FACEBOOK PAGE

HOLD - ALL OF THIS PAIN
The short story
Indonesian hardcore band HOLD from Surabaya debuts with the moshpit & riot-friendly album "ALL OF THIS PAIN"! For all you Madball, Terror and Guns Up! lovers out there - you´ll definitely like this.
The good
Good & strong debut album
Great spirit
Short & balanced songs
The less good
Sometimes a bit generic
70
GOOD WORK!