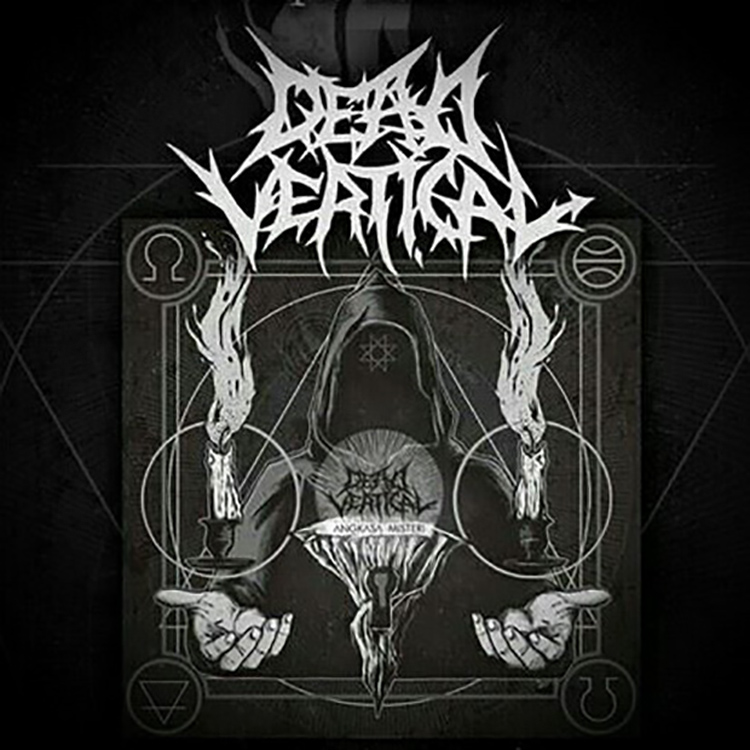 It’s not easy to miss “Tunggal Bertarung”, a furious track armed with awesome groovy guitar riffs, reminiscent of the best parts of Napalm Death’s Harmony Corruption album. Those guitar patterns are also present on other tracks, through “Hidup Tak Bernyawa” for example.

Arian13 (Seringai vocalist) was invited to do the barks and shouts on “Broken”, giving that track a punk/hardcore feeling with it´s classic punk shouts.

And you need to pay more attention to the opening of “Trapped In The Shadow”, before the song is running nuts at an accelerating pace.

Dead Vertical also maintains the traditional patterns of classic grindcore intensity throughout “Infeksi Permulaan”. Short and straight. Brief and concise. In your face.

Dead Vertical pulls off quite an achievement, creating this tight grindcore in Angkasa Misteri, with only three musicians. There´s only a few spaces to breathe and catch your breath. The album packs eleven really capable tracks, serving you rhythmic, tough death/grind full of precision. Many death metal parts are also inserted in their guitar-grooves and breakdowns, which are bonded by grindcore blood.

The sound production of Angkasa Misteri is also quite nice and tidy. So determined and belligerent. Imagine Napalm Death’s Harmony Corruption being done by Indonesian grind freaks in todays modern era.

Dead Vertical makes a great job combining grindcore with death metal , especially when they set the tracks´ duration in the perfect dosage. Doing so, they make it easy for fans of these two genres to better appreciate this excellent mix of grind and death.

However, after listening to Angkasa Misteri, it’s clear that the musical power of Dead Vertical is not a mystery anymore. They can be even bigger if they want to.

Angkasa Misteri has shown us how death metal / grindcore can be driven moderately and intensively, with exciting unexpected maneuvers.