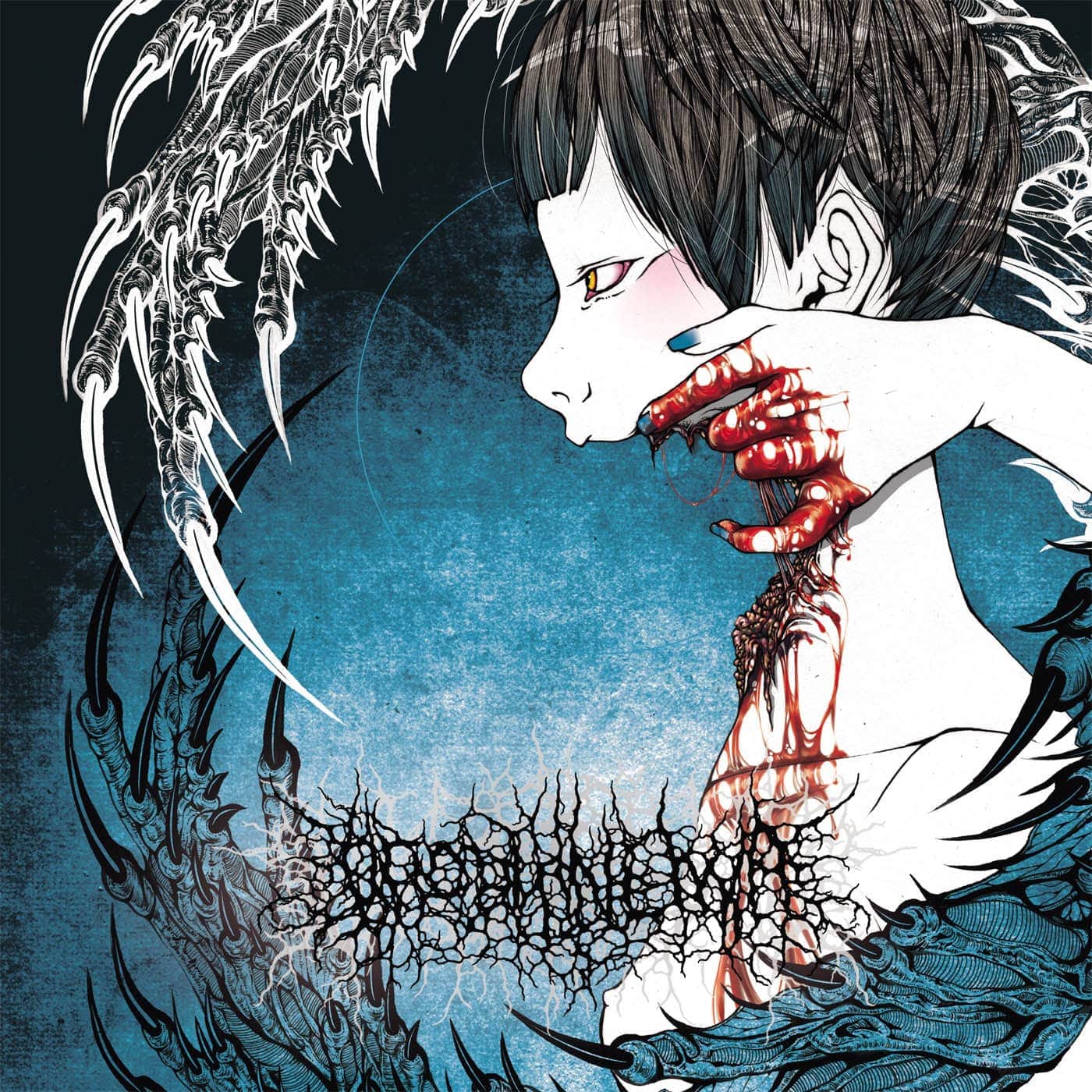 Sometimes you find music that leaves you just sitting there. Numb and stroke-ish looking. Japanese technical brutal death Urobilinemia has that effect. In a good way. It´s insane in all the membranes.

As the headline goes – total mind terror – sums things up pretty good I think. For people who´s not into metal at all, Urobilinemia would be a superb interrogation tool, more effective than waterboarding. After 30 seconds people would tell you everything, just to be free from the pig-squeals eating their way inside your brain. For fans of technical brutal death metal – it´s ear candy.

Japanese newcomers Urobilinemia´s debut album “Wriggling Chrysalis Of Metaphysical Grudge” is probably the most insanely brutal piece of metal I´ve heard in a long time. I´m not sure how someone who´s not completely insane can create this ultra violent, super slamming, insanely technical and brutal metal. Did I say insane?

The awesome artwork is a Japanese masterpiece, brutal and wonderful at the same time. It´s made by the grotesque loving painter Mei Maro. The album was recorded in the band´s home studio – totally DIY. Chris Garcia of The Morgue Music Studios in Inglewood California (Stages of Decomposition, Bloodscribe, Cranial Engorgement) did the final revamping mixes.

For fans of bands like Ingested, Necrophagist, Cerebral Bore, Cannibal Corpse etc, you will absolutely love Urobilinemia. This is Japanese technical brutal death, a genre of it´s own and not for the weak or faint-hearted. So it´s a good thing all you Metal Rebels are hard as hell.