Jakarta based death metal band HELLCRUST is one the Indonesian bands on the lineup for this year´s HAMMERSONIC FESTIVAL.

And even though the Hellcrust was originally formed in 2011, they are no veterans to the local metal scenes. Today after several lineup changes and two albums, Hellcrust consists of ex-members of local legendary bands like Siksakubur and DeadSquad. That should make for some pretty damn awesome death metal! Their second album KALAMAUT was released in january 2016 by Armstretch Records and is truly a work of art.

Check out the latest video of the track BINGKAI BANGKAI here,  from their YouTube channel.

HELLCRUST is also performing on 2016 Hammersonic Festival in Jakarta Indonesia, so if you´re in that neighborhood – you have to see this band live! 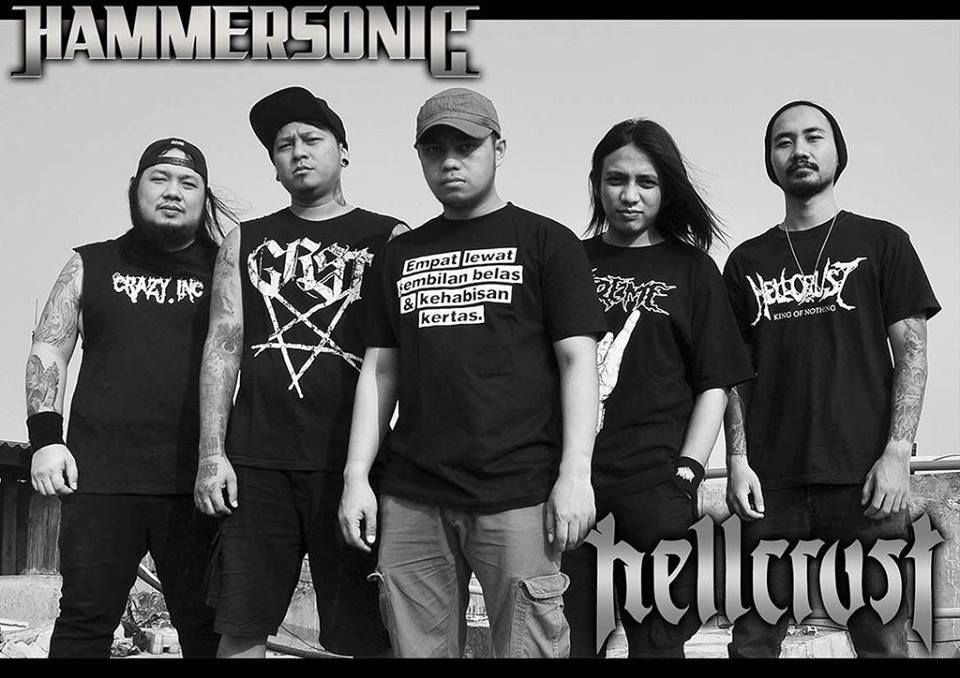