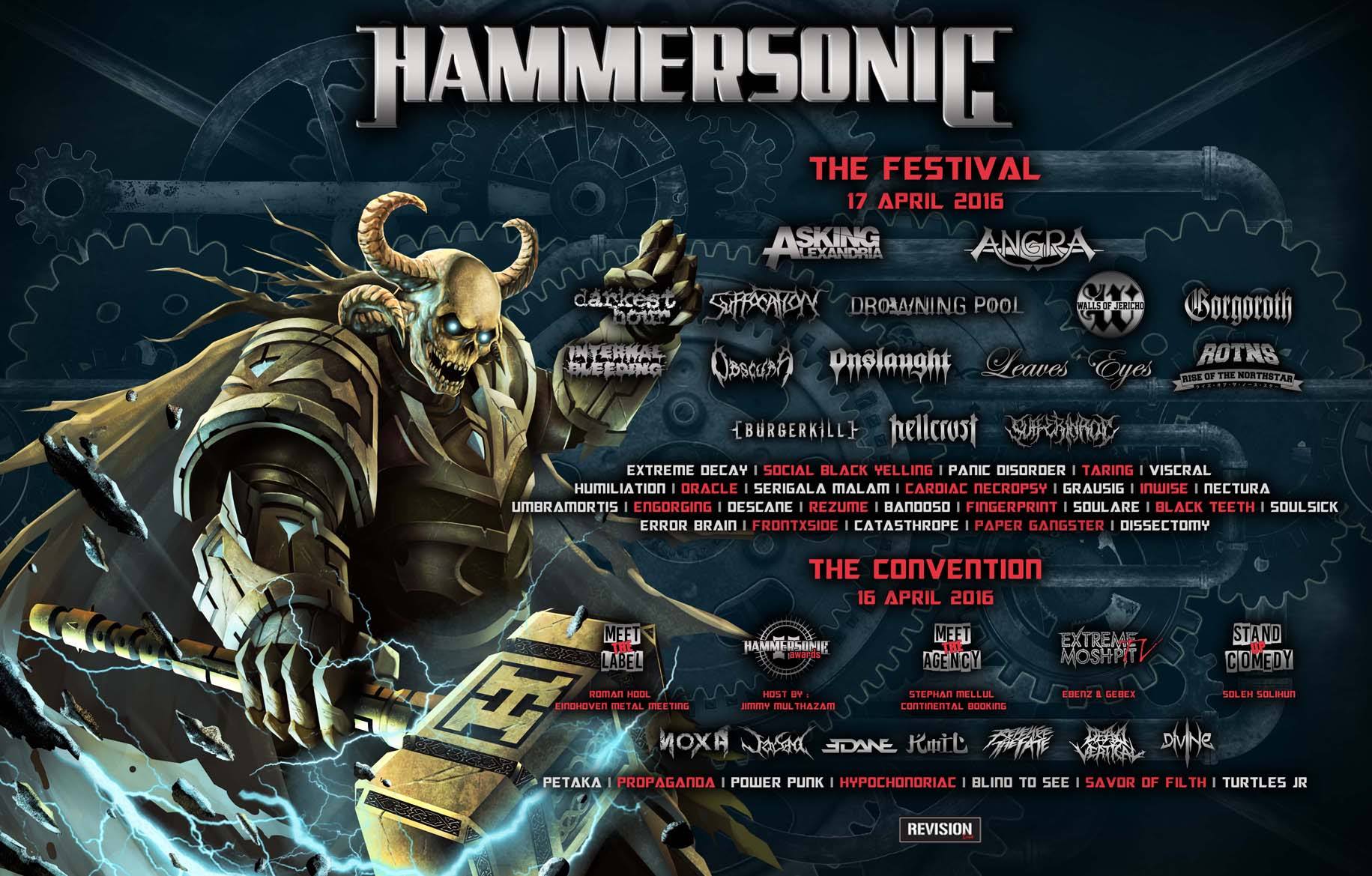 Hammersonic International Festival in Jakarta is the biggest international metal festival in Indonesia, attracting tens of thousands of metalheads every year.

Hammersonic saw its first daylight in 2012, and have been keeping on giving Jakarta and Indonesia more and more fine international metal mixed with some of the country´s best local bands ever since. This year Hammersonic spans over 2 days of metal mayhem, from April 16th to April 17th.

Saturday the 16th is called The Convention, featuring really smart and great events like Meet The Labels, Meet The Agency, Hammersonic Awards, an on location feature with the hugely popular metal talk show Extreme Moshpit and funny enough – they even have a stand-up show! Like if you don’t think some of the bands are fun to watch just go grab another beer and catch a comedian instead. Can´t get any better than that!
Oh wait, yes in fact it can get better, how about local premier metal bands like Jasad, Noxa, Edane, Koil, Revenge The Faith, Dead Vertical and Divine among many others – tearing down the stage the same day!
Hammersonic, you really maxed the sh*t out of this this first day, horns up!

TMR will have our crew on the moshing battlefields both days to get some killer articles and reviews along with award-winning photos for your reading and viewing pleasure. Be sure to get your dirty little hands on some tickets here before they run out, I´m sure this years festival will be packed to the limit. Ticket price was 260.000 Indo Rp for pre-sale tickets, and now or at the gates its 430.000 Indo Rp. For a 2-days festival ( with a comedian !) I´d say it´s worth it, don’t you think?

So, with these words I leave you with a feeling that the Jakarta sky will once more look down on around 20.000-30.000 crazy metalheads moving around like military angry ants hunting the one who dropped the leafs, throwing their horns in the air to celebrate and pay tribute to this wonderful thing that is METAL. This uniting force that makes us all brothers and sisters no matter where we come from or who we decide to screw with.
And of course these pumping fists and devil horns in the sky marks the verdict of another successful festival for Hammersonic and a new win for the Indonesian metal scenes – Indonesia is truly the epicenter of metal in Asia. No doubt. Period. I wish I could be there myself. 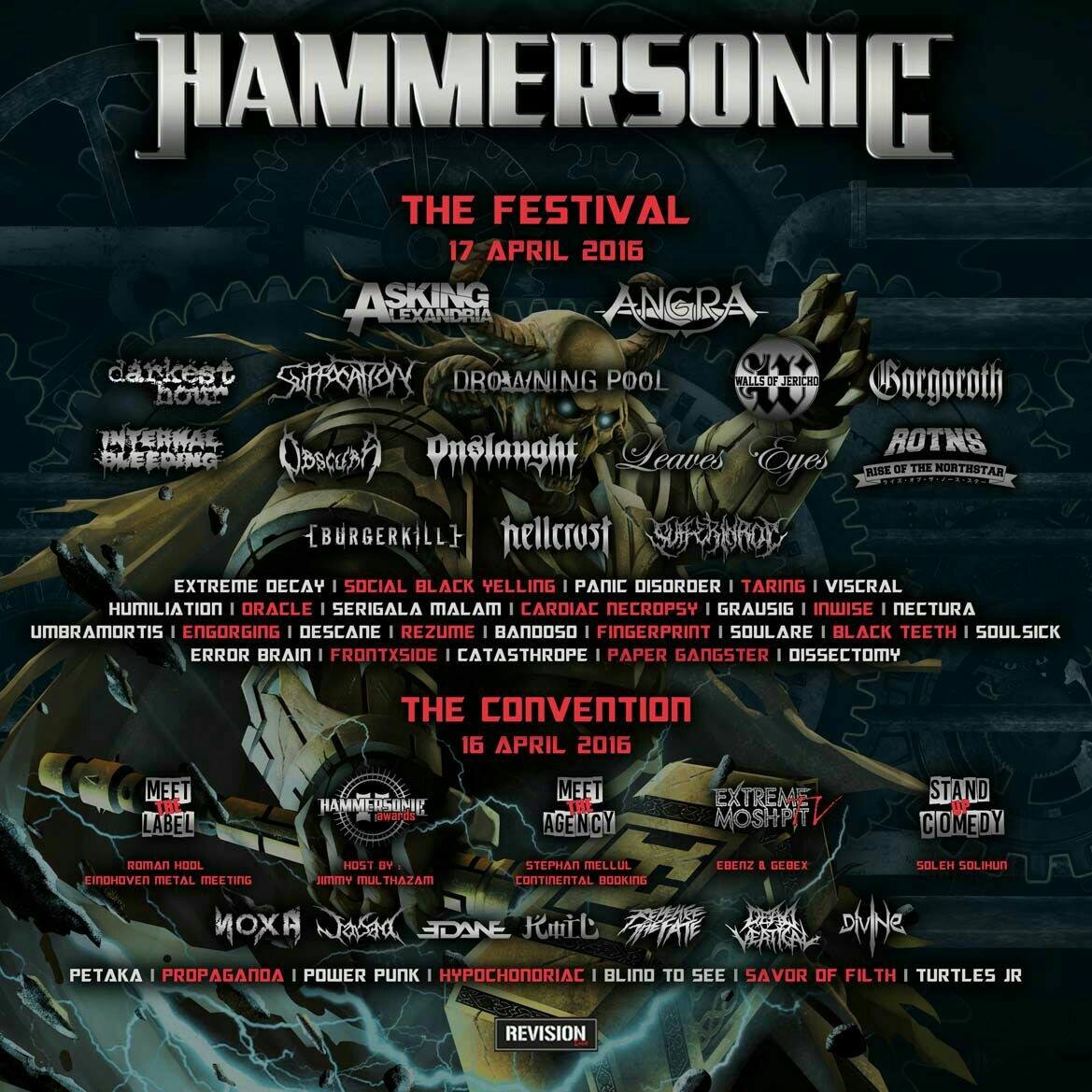