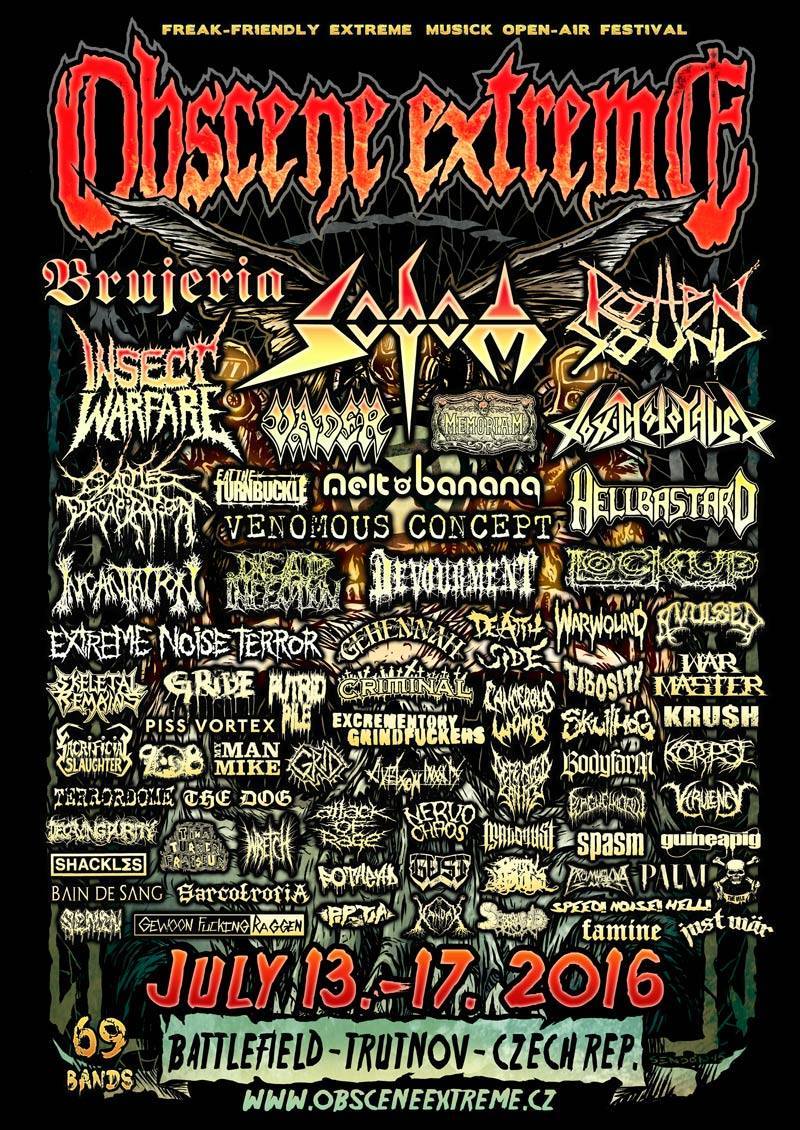 Maticrust give advise on how to go to Europe!

Maticrust from UAE/Philippines goes to grind Obscene Extreme Festival in Czech Rep in just some days. We asked them about their local scenes and to give bands advise on how to go to Europe!

Getting an invitation to a big famous festival in Europe is not an easy task for Asian bands . We would know since we worked our asses off last year. TMR helped bring Indonesian brutal death heroes JASAD and melodic death metal legends BURGERKILL to Europe. The bigger perhaps more “mainstream” metal festivals like Wacken Open Air or Bloodstock tend to play it more safe, than smaller festivals. Like Obscene Extreme – where diversity from all around the world is one of the key attractions.

So when I learned that Maticrust would grind the shit out of Obscene Extreme Festival in Czech Republic this year, I felt that this is something that TMR has to cover. As inspiration and coaching for other bands wanting to go to Europe.

And I was was intrigued by the fact that they are based in United Arab Emirates, hailing from The Philippines. How the hell did that happen? And what´s the grind scenes like in UAE anyway?

Therefore TMR had a chat with Maticrust on how the hell they landed a gig at this super freaky grind festival. It was a 3-year progress of patiently hard work and never giving up. 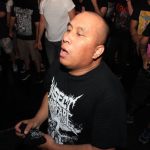 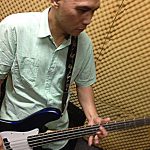 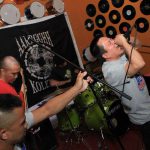 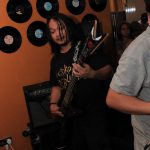 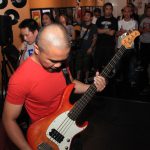 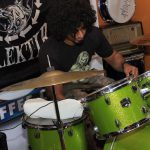 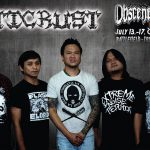 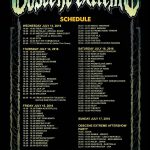 Let´s start with the geography here, how did you Filipino guys end up in the United Arab Emirates? And hooking up with fellow metalheads forming a band?
– We were here individually to work in The UAE. Then Dennis, Eric and me decided to form a band, to show them what crust and grind core is all about. The scenes here are more into thrash, death and black metal so we decided to raise awareness of crust and grind. It´s our passion anyways since we´ve been in the scenes in The Philippines since late 90´s. So let´s extend it to UAE!

Are there many grind bands in UAE? And The Philippines?
– Yeah, the best grind/crust the Philippines has to offer are bands like Vex, Coarse, Disabuse, Commit Arson, Befall any many others. In UAE we´d highlight bands like Project Skull Fuck, Sociedad Deshumanizada, Manhunt, Devastatory, Cynthia Luster and I-Cease.

So, what preparations did you guys do as a band to go to Europe?
– Well we practice twice every week before Obscene Extreme Festival and we´re also getting the merch ready for distribution over there. Such as patches and shirts. We have been rehearsing very hard because we want to satisfy both the people at the festival as well as our kabayans (countrymen) to be proud of us!

How long did the process take from getting the invitation to play at OEF and doing all the preparations?
– I contacted the promoter for OEF three years ago, asking if we could play at the festival some day. Finally at the beginning of 2016 we get the answer that we are invited to perform! Because of our patience and hardship I think we really earned to be on the lineup of OEF 2016. My advice to bands is to always keep your patience because eventually all the hard work will bear fruit. Work hard and then you´ll get the credits for it – hard work always pays off!

Is the VISA process difficult? What´s the most difficult thing going to Europe?
– It´s not difficult as long as you have all the correct documents applying for the Schengen Visa. We applied for a Business VISA since we have all the supported documents like invitation letter, hotel booking etc for the Visa purposes. The promoter Curby also extends his support by letting us call him anytime, if we would face some problems.

Why Obscene Extreme Festival? Is that a special festival for you guys?
– Because that´s like the Woodstock of Extreme Music. Yeah, the most important event in our lives, this is our dream!

Did you get any support from your local government, authorities and sponsors?
– No and we didn’t expect that either since we believe in the DIY-ethics. Our friends in the scenes here in UAE and back home in The Philippines have helped us a lot by spreading the news in social media. That was a huge help! We don’t have a sponsor so we´re paying everything from our own pockets. Curby (OEF promoter) helps us by shouldering our basic needs at the festival.

How has the reactions been in your country on the fact that Maticrust are going to Europe, both in the scenes and the media?
– They were surprised and happy of course, because we are the first pinoy (filipino) band to play at Obscene Extreme Festival! Our friends are stoked for us because OEF is well-known internationally and the lineup fir this year is especially good! And zines like Corzine, Metality UAE, Metal East Records, Unite Asia and Joscene did features about us going to OEF.

So this is your first time in Europe?
– Yeah, it´s our first but hopefully not the last haha!

Lets keep our fingers crossed! So what are your expectations for the gig?
– We expect our set to be super tight and satisfying to all the crazy people there! We hope to help earn appreciation for the scene and that we´ll bring the party for all the freaks haha!

The party at OEF is out of this world man, I´m sure you´ll have a blast! Have you made some special changes in the band recently, or maybe a new cool song to premiere on OEF?
– There have been some last minute changes yes, but the good thing is that we managed to fix them immediately, in terms of members due to company conflicts. So we are still the same lineup that will play at OEF!

Do you guys have any other gigs in Europe other than OEF?
– No but after OEF maybe we have a gig in Dubai around August or September. We will update all the Metal Rebels on your page about the progress!

Finally, tell us which bands on OEF that you´re really excited to see!
We want to see Extreme Noise Terror, Insect Warfare, Brujeria, Deathside, Hellbastard, War Wound and Venomous Concept! These bands are our influences!

Ok guys – big thanks for the time and your passionate care for the scenes, I hope that this can be some sort of inspiration to other bands with European tour dreams! And good luck on the Freak Friendly Festival of Obscene Extreme!
– Thanks The Metal Rebel for this interview, hope you can help more bands to come – In Grind We Trust!

We wish Maticrust all the best of luck in Europe. I´m convinced they will totally grind the shit out of Obscene Extreme. When I joined JASAD to this festival last year we worked closely with the Indonesian Embassy in Prague. They were incredibly helpful and took care of us before and after the festival. I realize that this is probably very unusual, an Embassy actually looking after a brutal death metal band on tour, that would most likely never happen for many bands.

So I definitely think that Maticrust should have all respect for doing this 100 % DIY. It´s a big ordeal going to Europe as a band, especially without any sponsors or governmental support. From getting the correct VISAS to dragging around the equipment on planes, busses, cars or whatever. So Maticrust, big horns up to you guys – now go represent your country and grind like never before!

TMR will feature a Tour Diary with Maticrust while grinding Obscene Extreme Festival, at least that´s the plan. Let´s pray to the freaky grinding Gods they get good wifi over there.