Hell yes – TMR makes our first booking with a Swedish metal band to Indonesia! Last year we made the bookings for Indonesian metal titans JASAD & BURGERKILL for their voyage European tour, and now finally we help bring Europe to Indonesia.

TMR helped make the booking for Swedish old school legendary brutal death metal band DERANGED, together with the Indonesian promoters in Bali & Banyuwangi. Being like a booking agency or a gate between the West and the East is something that has been my goal for TMR for a long time, so Im very happy about this first booking! The promoter on Bali is a close friend of mine since many years, and they have worked with international bands like Dark Funeral, Hate Eternal, Rotten Sound, Architects and more.

Most metal heads worthy of their black t-shirts knows Deranged – this Swedish brutal death metal band has been around since the early 90´s. Always bringing more ultra violent grind-brutal death for each release, inspired by the most bloody and gory horror movies they could find – they made their own mark in the Swedish and international death metal scenes.

In 2011 Deranged made their first ever performance in Indonesia, in the city of Solo at Rock In Solo Festival infront of thousands of crazy moshing Indonesian fans. Now in 2016 they return with a brand new album entitled “Struck By A Murderous Siege” that will raise their “hack, stab, cut, carve, blood, gore, insanely violent brutal death – bar” even more. First show is on November 19th in Banyuwangi at Diponegoro Stadium and the second show is on November 22 on Bali, venue to be announced. 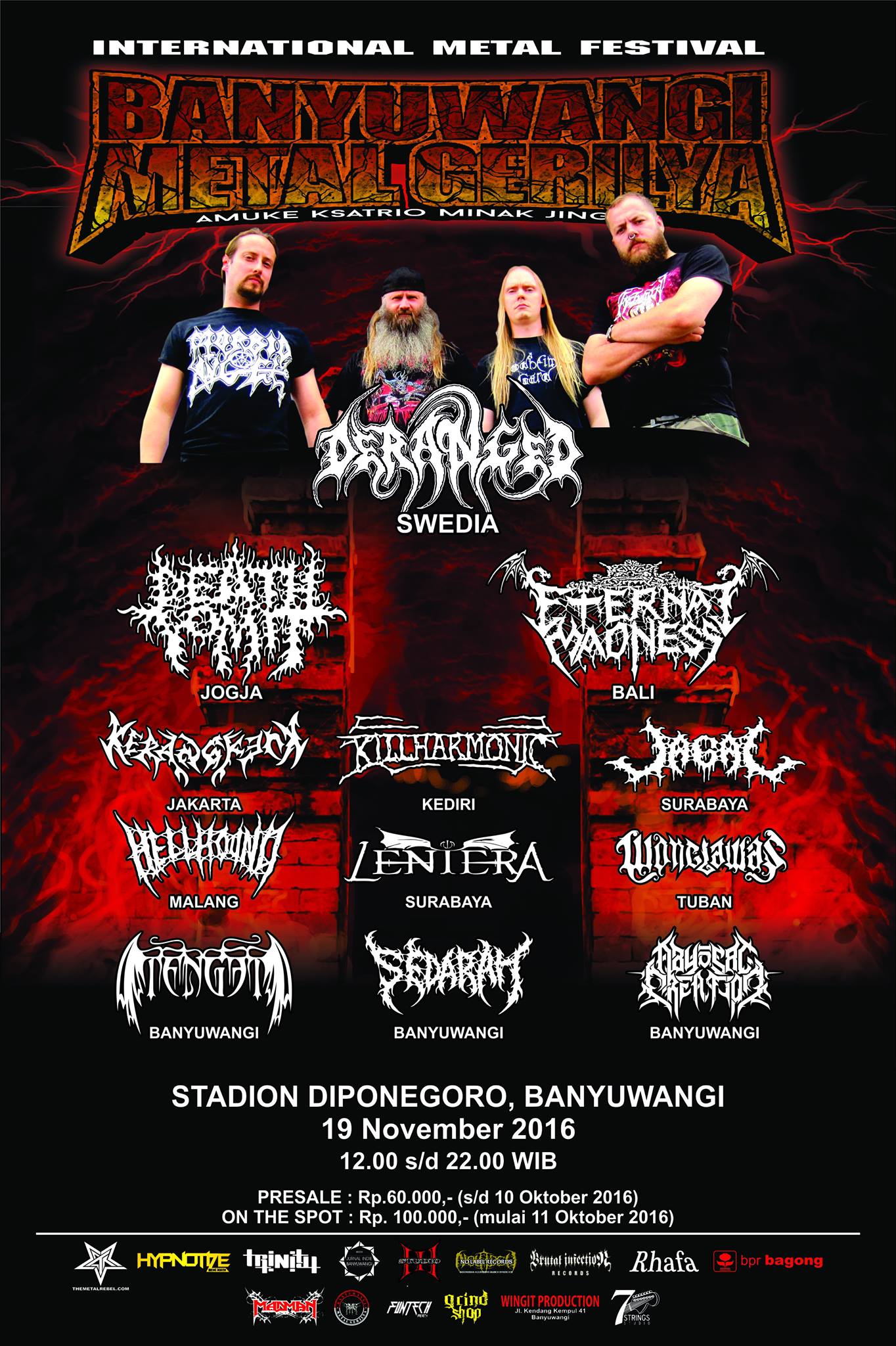 Deranged will perform alongside killer local Indonesian bands like Death Vomit, Eternal Madness and Jagal, just to name a few. Cant wait to see the lineup for the Bali show, that little island is home to many very brutal and talented metal bands.

Just like TMR did on the Bandung Blasting Euro Tour 2015 with Jasad and Burgerkill, I will join Deranged on this awesome mini-tour in Indonesia and be their guide and tour manager, and you Metal Rebels will be able to join the insanity on TMR Instagram and Facebook. We will take you backstage, on stage and anywhere the fun is. Don’t miss this super cool event, make sure to follow TMR and Deranged in this epic metal adventure!

Check out our super professional video we made (can you see my irony-sign held high over my head?) with my cellphone, where Deranged drummer Rikard gives a little message to the Indonesian fans!

COMING SOON – VIDEO INTERVIEW WITH DERANGED.
We will talk about the upcoming tour, listen to some of the bands that are on the bill as well as hopefully getting a glimpse of the upcoming Deranged album. There might be beer and funny South Swedish dialects.

Until then, circlepit in your living room to the smoking hot new track ” The Frail Illusion of Osteology” from Deranged´s upcoming album!